The Different RPG styles between East and West The Chinese Mobile RPG: the Genre of Giants.

Chinese RPGs make up 56% of the top 500 grossing iOS games in China. According to data gathered in 2019 by Game Refinery’s Joel Julkunen. Let’s take a look at the genre and some important points for game developers and RPG enthusiasts to consider about Chinese Mobile RPGs.

RPG or role-playing game, is a game where the  player plays as a character, often the main character, in a fictional game world.

The Origin of RPGs The RPG or ‘role-playing game’ is a game where the player plays as a character, often the main character, in a fictional game world.

The origin of role-playing games can be traced back to the era of tabletop gaming, mostly D&D. In The West, D&D formed the basis of character-centered gameplay. In the mid-’80s, D&D came to Japan, but it wasn’t until games like Dragon Quest, and Final Fantasy in the early 90’s that the RPG genre caught on in Japan.

“The Chinese market was not far behind Japan, but unlike Japan and The West, China’s RPG drew from history and folklore rather than fantasy.“

The ancient embellished tales of swordsman and Wuxia inspired countless RPGs and many other games in China. Do you have a game inspired by ancient heroes and heroines? Let APPTUTTi help you publish quickly in China!

Comparison of RPGs between Chinese and Non-Chinese markets

Culturally different approaches to the genre helped the RPG world become diverse. RPGs born from different cultural backgrounds also have various production aesthetics, which we will talk about later, but for now, we’ll stay focused on the differences of storytelling in RPGs.

As mentioned above, in the West, famous RPGs such as “The Elder Scrolls” and “Neverwinter Nights” were created from high-fantasy worlds; notable Japanese RPGs made during this time were “Dragon Quest” and “Final Fantasy.” These games rely heavily on aspects of the fantasy genre to create entirely new worlds within the game. However, the characteristic of Chinese RPGs lies in Wuxia (a genre of Chinese fiction or cinema featuring itinerant warriors of ancient China, often depicted as capable of superhuman feats of martial arts). The difference in game source material and production concepts plays out in every aspect of the respective region’s RPGs. Player preferences and gaming habits have also continued heavily to the different design methodologies and unique end products. Chinese gamers are mainly mobile gamers, with 95% of gamers in China primarily playing mobile games.

In short, the difference, especially in China, comes down to how gamers game.

Western and Japanese RPGs have together moved towards large triple-A console productions. They have also included more and more elements from the action-adventure genre. Open worlds and side quests dominate in a world where the player can explore and push the story forward at their own pace and for longer periods of time.

In China, Mobile gaming dominates the gaming marketplace. With over a billion mobile devices, it’s easy to see why. So, developers must take into account this large community of players. For RPGs, it means that the vast open-world real-time experience is limited by current mobile device capabilities, which cause story progression to happen in cutscenes rather than during gameplay. Furthermore, the game’s stories are taken from something the players have some familiarity with and tweaked to fit the pacing and habits of mobile gamers.

This means that gamers may spend less time consecutively in-game and play sporadically throughout the day.

With these things in mind, Chinese RPGs have a mix of old and new gameplay features with a strong emphasis on high-quality art and aesthetics, as well as a rich connection to the historical legends of the past that allow the players to connect to characters that have a strong resonance with them.

From game lore and narrative content, let’s talk about how art style and game design have developed distinctly in the Chinese Mobile market!

The art style and design aesthetics play a large role in distinguishing Chinese Mobile RPGs from other RPGs and other regions.

Early on, Chinese RPGs borrowed heavily from Japanese anime styles, but in recent releases, it’s become clear that there is a distinct Chinese anime style that has emerged as the dominant art form for RPGs.

With characters that are incredibly soft and gentle in appearance, it’s clear that Chinese gamers appreciate beautiful characters, male or female.

Part of the focus on the character’s beauty is that Chinese developers want to attract female gamers to their games. Learn more about Female Gamers in China Onmyoji is an interesting case because the game’s story comes from Japanese folklore. The game’s art style leans heavily into the traditional and romanticized aspects of this period. With a high level of production and attention to detail, the game art combines the Moe and “Eye candy” styles of popular Japanese anime. Characters and their outfits are soft and pleasing without being childish.

Fantasy Westward Journey has several in-game art styles that serve to complement each other. In certain parts of the game and in-game menus, characters appear as 3D models. In these settings, the game runs a delicate balance between realistic and hyper-beautiful Japanese anime styles that is common throughout Chinese RPGs. However, during many other parts of the game, especially during combat and traversing large parts of the world, characters appear as 2D Chibi style animations. This is a kind of call back to the older days of RPGs like early Final Fantasy titles done at a higher graphical quality.

Both games are emblematic of the level of quality and detail being put into mobile RPGs here in China. Part of this is because most major gaming studios produce for Mobile first, so their budgets and dev teams are considerably larger. Still, it also represents just how challenging and competitive the mobile market is and that

Chinese Mobile gamers have high expectations in regards to a game’s art and visual design.

Characters wouldn’t be complete without the outfit, and Chinese RPGs are never lacking in this regard, often with extensive wardrobes for every playable character and most of the important NPCs. This depth of character appearance customization helps to keep players excited not only about playing but interested in sharing their gameplay with others on social media.

RPGs also feature deep menu systems and screens that inform players about the game and offline events that they can participate in. These menus all maintain the game’s overall art theme while also encouraging players to consume game content continually. 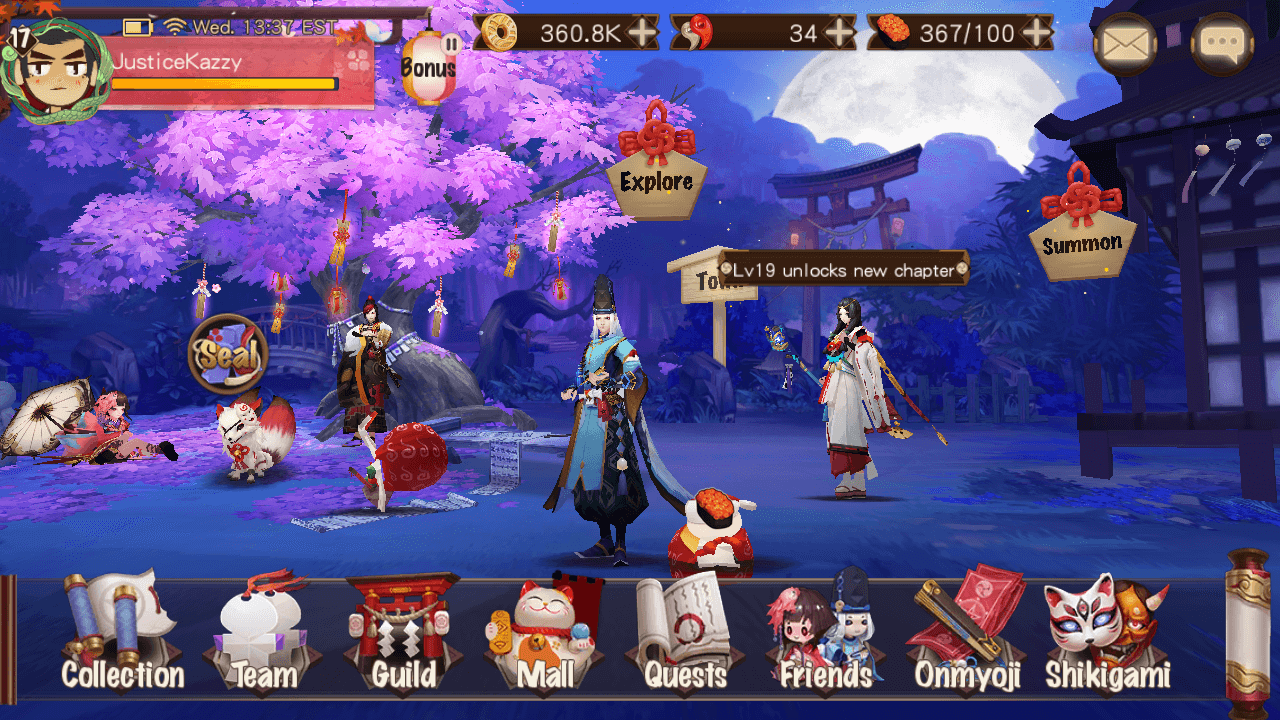 While western players may find these kinds of menus an impenetrable maze of confusion, Chinese Mobile users expect these as standard and view games that lack them as lacking in content.

The menus are also secondary ways to interact with the game that is often just as important as gameplay, and these menus reflect great attention to detail and presentation. Often for character selection menus or status menus, games will include a 3D animated rendering of characters that appear as 2D sprites in the game. This helps to satisfy the players’ need for high-level visual content.

Do you have a killer RPG that needs a broader audience? Publishing in China with APPTUTTi is direct and straightforward. Click here to get started!

Plots in Mobile RPGs are often tacked on as secondary elements to a game’s battle mechanics or player progression systems, at least in Western Mobile RPGs. Games like Shadow Fight 3, Infinity Blade, or even more recently, Raid Shadow Legends focus more heavily on the individual players and less on the world they exist in as the primary source of in-game entertainment. Chinese RPG’s drop the player into the world of a swordsman, focusing on the atmosphere of the world. From beginning to end, the player is immersed in a world rich with historical fiction and ancient events that are just as important in presentation and significance as the player’s progression through that world—the way the game moves and the interactions players can have in the world of the game.

Chinese Mobile RPGs are distinctive in that they not only focus on player interaction on a social level with an emphasis on player-to-player relationships, but they also encourage players to experience the world like a time traveler and not just a fantasy battle simulator.

How these developers handle combat mechanics can also differ significantly. Games like Raid Shadow Legends run a turn-based combat system that is standard in Chinese RPGs, whereas Shadow Fight 3 and Infinity Blade opted for real-time battle mechanics more similar to fighting games.  In general, the combat mode of RPG games in the East and West can be roughly divided into two categories: Eastern RPGs with turn-based systems as the mainstream and Western RPGs with real-time systems as the mainstream.

On the surface, there are differences in combat methods, but deeper into it is the differences in the interpretation of RPG games between the East and the West. Compared with the turn-based system, real-time combat has apparent advantages. Participate in the game process at any time. Players can always integrate into the world, with different combat units and combat methods, and different Boss response modes. Fast-paced action can make players more engaged and excited. In a turn-based RPG game, the battle scene can only be said to be a supplement to the game content. It is more plot-oriented to let the player sink into the character, pass through the battle, and back into their character.

Chinese Mobile RPGs offer autoplay for getting through the turn-based battles more quickly and efficiently.

Because the Chinese Mobile RPGs focus on other aspects of the player experience more heavily, the combat mechanics are focused on efficiency so that the players can move more quickly back into the core aspects of the game like player connections or story progression. 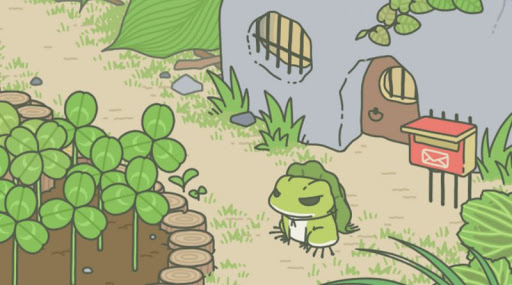 While it’s true that not all RPGs follow these distinctions, games like Banner Saga 1 and 2 and Tabikaeru: Journey Frog defy the norms mentioned above; it’s the exceptions that help to prove the rule.

Games that are successful in the Chinese Mobile market should take into consideration that the market has matured.

Despite the preference for games that have been in app stores for more than five years and are developed by China’s largest studios, Netease, and Tencent, indie developers can still have success with new games. That’s not to say that new RPGs can’t break out in the market, but there needs to be a high level of attention to visual detail, a deep and engaging plot, and social aspects as well. Any combination of three elements can lead to having the next hit RPG, and games without these qualities will flounder into App Store anonymity.

Not sure how to set yourself and your game up for success in China? Check out APPTUTTi, we’ve published over 38% of foreign apps and games in China.