Recently Epic Games’ Fortnite was removed from the Apple App Store and Google Play Store. The main reason being Epics bypassing of in-app purchases instead of using the officially sanctioned system for both platforms. While it is still possible for you to download Fortnite directly, this large scale case brings to light the duopoly of Apple and Google in the mobile market.

For one reason or another, you may have found yourself wondering, ‘where are some other places I can go to find and download new apps and games for my mobile device’? Or ‘are there any other marketplaces for me to share my apps’?

For the longest time, Google Play and Apple App Store have dominated the market. Has this 2 store duopoly begun to decline as more consumers are making more informed decisions about their consumer habits? Or maybe as a developer you’re looking for a platform with less competition than the already 2.1 million Android apps and 1.8 million iOS apps.

Appland makes it possible for consumers in Indonesia, Mexico, Oman, USA, Iran, El Salvador, Malaysia, Jordan, Iraq, Bangladesh, Panama, Myanmar, Cambodia, Egypt, and many more countries, to play the world’s best games and use playful kids apps for an ideal entertainment experience. Appland has installed its solutions on over 1- million mobile devices in more than 200 countries.

With 30 million users and great recommendation services for discovering new apps. This App Store actively encourages its developers to use its freemium model which includes adverts and in-app currency. GetJar Gold is one of the largest virtual currencies in use and is available to millions of users. 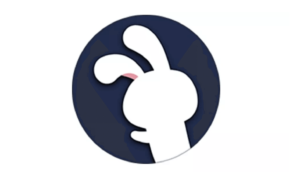 With a user base of over 300 million users and support for multiple languages, this iOS App Store alternative requires some SDK integration, a relatively easy app submission process, and multiple payment methods supported.

SlideMe ‘one App Store alone can’t reach everyone and everywhere with the apps they want’. Quickly rising to fame as the second-best App Store alternative to the Google Play Store. SlideMe makes security a top priority as all applications are scanned for exploits, malware, and viruses. They also boast a large community of app developers that help each other with code snippets, bug fixes, and optimization.

Aptoide allows its, users, to discover a healthy selection of Android apps and categories based on many categories for the users. This means that the end-users have a much easier time finding the apps that interest them the most. This is also great for developers as they have a greater chance to be recommended to the end-users and grow their app on the alternative store.

With over 300 million users worldwide, over 7 billion downloads and 1 million apps, Aptoide gives a new meaning to the way we discover and install apps. With unrestricted content and the opportunity to create and share your own store, Aptoide is revolutionizing app distribution and discovery.

While it won’t come as a surprise that Amazon has its own Appstore there is a huge ecosystem for apps sold through Amazon, thanks to their Kindle Fire and Fire Phone.

It only takes a short time for developers to get their app compatible with the Amazon Fire OS and many Android apps can already run perfectly fine on Fire OS. Developers can even publish HTML5 and web apps on the Amazon Appstore.

Google Play has been banned in China since 2010. This has meant that hundreds of App Stores have filled the need for the massive Android user base in China. For Android consumers in China, of which there are over 690 million mobile users, these stores are where they discover and download their apps. Developers that want to enter these alternative App Stores can find an easy and direct way into these App Stores with APPTUTTi. Through our free RSPP (Register, Submit, Plug, Publish) package you can enter into 3 of the top Chinese App Stores in China.

With over 270 million mobile users and over 455 million desktop users, this Chinese App Store has its own anti-piracy protection for its developers. With app downloads totaling more than 30 billion 360 Market is an exciting opportunity for developers to release their apps.  It makes it possible for developers to get to the largest number of Android users because it is an open distribution App Store.

Oppo is a major electronics maker in China, known for its smartphones, Blu-ray players, and other electronic devices. Their Oppo App Store has grown in popularity in recent years. They have around 125 million active monthly users and is currently the third-largest Chinese App Store.

VIVO is another Chinese consumer electronics company that makes smartphones, software, phone accessories, and provides online services. BBK Electronics is its parent company, which also owns Oppo and OnePlus. VIVO App Store is the default store installed on all VIVO phones sold in China, which earns it around 93 million monthly active users.

These were just a few of the available alternatives that developers and consumers can find when looking outside the App Store and Google Play Store. The growing 3rd party App Stores and spaces that are becoming available to developers show that in the upcoming years it is possible that we see more market share split between a greater amount of stores and spaces.

For developers looking to gain more traction for their creations, less competition in a competitive space, more chances to get featured, and more possible revenue earning channels, this alternative store list can act as an introductory piece into the wider possibility available in the mobile market.