Amazon launched their own alternative app store for Android developers in 2011. The store features a smaller number of apps than some of the other competing stores, this is partly due to their moderation process which has to meet certain quality standards. They offer a free paid app or game every day which can generate a significant amount of exposure for the app developer, and personalized recommendations, 1-Click payment options mean users can find and install a developer’s app quickly and easily.

Founded in 2011, Aptoide differs from many of the alternative Android app stores out there because any user can also create their own store within its marketplace. Aptoide offers a Certified Publishers Program which is free to use. Once a developer is certified, they are entitled to certain benefits such as being marked as a trusted developer to users by a visible stamp and having access to a larger userbase. A certified developer also has priority in Aptoide’s search results, with access to app statistics which allows them to analyse the different variables.

On GetJar, developers have the ability to target any phone or platform so there is a high degree of flexibility here. Specifically for developers looking to publish Android apps, there is the ability to grow in-app revenue through GetJar’s Offerwall system and the option of displaying App deals within an app and offering in-app discounts to re-engage existing users or acquire new ones. GetJar claims to reach over 200 million Android users too – developers can target this audience with free cross-promotion and the company’s proprietary Behavioral Targeting technology. They are positioned as one of the largest alternative app stores out there at the time of writing.

AppBrain gives app developers the option of advertising their app through a pay-per-install based promotion system to acquire new users and expand their business. The option for app developers to monetize their app is carried out through the use of the AppLift SDK by AppBrain. The AppLift network offerwall behind this gives users the chance to download and install free apps to their device.

App developers can publish their mobile apps and games for free by registering with Mobango. Distribution and the promotion of these apps or games happens from the self-serve platform – developers may also track the progress of their app here. While promoting their app on Mobango, developers pay per each individual completed download. A developer’s app is promoted in premium areas of the store. Mobango does not offer a form of monetization for developers, instead, the promotion and subsequent downloads of their app is the incentive to publish. SlideMe allows developers to sell their new app globally. In essence, the company is positioned as the place that distributes developers’ apps to users who do not have Google Play enabled devices available to them – many of these devices have SlideMe preloaded instead. They also offer custom distribution channels, they have no country restrictions across different Android device types and there is no setup fee for developers.

Anzhi is driven primarily by its large community where users can discuss the apps they have downloaded. If an app is positively spoken about in the forum, then it is likely that it will be a continuing success for the developer. If users have not enjoyed the app however, an app developer may have difficulty being found and appreciated on the store. 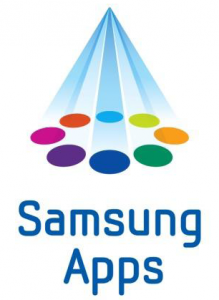 With Samsung Apps developers have access to development tools such as the Samsung Mobile SDK, an in-app purchase system, and the AdHub SDK. The Samsung Mobile SDK consists of ten independent packages with their own features to help developers during the creation process – these packages range from gesture, media control, motion, image filters and more.

With Yandex, developers can find a host of new distribution options that allow them to publish their new app quickly and across all of Yandex’s partner stores. The Yandex store supports payment by credit cards and mobile billing on the developers side of things as well. Once a developer has signed up to the Yandex store, they can add their app by going to the developer console and following the process. In terms of the revenue share model, developers who sell their app on the store will follow the standard 70/30 split.

Developers have to register for an account on AppChina, and once this is completed, they can upload and update any apps that are being distributed. AppChina reviews every app submitted to them within 1-3 business days, and any app that doesn’t meet the requirements will be sent back to the developer for changes. Developers from countries other than China, that want to distribute their apps to the store, may find it difficult as it is very little in the way of help. AppChina is positioned as one of the rapidly growing alternative Chinese app stores.

Registering to develop with AndroidPit has benefits such as the ability for developers to reach AndroidPit’s partner stores upon app distribution and the fact that the app will be delivered to the respective Android device automatically. The revenue share model is the standard for most app stores: for developers, this is the 70/30 split. Paypal and Click&Buy are also supported by AndroidPit meaning there is more choice for developers.

One of the major advantages of signing up to develop at Baidu is that a developer’s apps are displayed through the search results of many of Baidu’s biggest services. The search engine itself is one of these services, and as Baidu comfortably leads in this area, the chances of a developer’s app getting noticed is greatly increased. One of the key problems for some developers has been that the opportunity to distribute apps in Baidu’s store is hindered by the language barrier – Baidu has since launched an English language website for developers who want to take part in the huge and foreign app market.

As ever, western developers looking to get involved in this huge app store have to contend with the language barrier problem. A developer is required to sign up to submit an app to the Tencent App Gem store which is free – the chance of getting featured on the store can be low, but Tencent has begun to reach out to app developers looking to jump aboard by forming new partnerships. A key boast of being featured on the Tencent App Gem store for developers is of course having the chance to access a massive userbase across multiple devices. Wandoujia is China’s largest Android app store. Developers wishing to sign up will need to visit the developer centre here – from there, Wandoujia will review the pending account within two working days, and if approved, a developer’s APK files can then be submitted to the store for review. The revenue share model for app developers is the following: 40% goes to the developer, the mobile carrier will take 30% (generally a developer will integrate a mobile carrier’s SDK into their app), and Wandoujia takes 30% of the revenue for promotion purposes.

Western developers that want to get involved with HiAPK will face similar problems to the other Chinese alternative app stores, namely the issue of the language barrier. As with the other stores, overcoming this can lead to a developer’s app getting distributed to a huge userbase – app developer Punchbox claims the store brought them 3.5 million app downloads. Developers can sign up and register here, and if they are approved, will gain access to a developer portal to start submitting their apps.

The Appland Store has a strong stance on ensuring app piracy isn’t rife on their platform – good news for app developers. Developers will also benefit from their app users making purchases directly through their mobile phone bill, meaning their isn’t a need for card registration or other details. Uploading apps to Appland is free, and app developers with the store can take advantage of cost effective marketing, statistical reports and the ability to tag their app with geographical coordinates.

You may also be interested in: 5 KEYS TO SUCCESS IN CHINA’S MOBILE GAMES MARKET